CAN NETBALL HELP US NAVIGATE THE NEW NORMAL?

CAN NETBALL HELP US NAVIGATE THE NEW NORMAL? 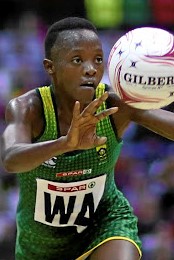 It felt natural to enrol my pre-schooler in a Netball Club, not only because of my love for sports but also for the pivotal role movement activities play in developing the physical and mental muscles she would need to excel in Grade 1. Besides looking forward to hearing the coach say the word ‘pivot’ gazillion times every Tuesday afternoon, the resilience displayed by the young and vibrant girls at the club was heart-warming. What are the implications of ‘pivoting’ (in the Netball context) for embracing life in the new normal? I looked up the word ‘pivot’ in the Oxford Learner’s Dictionary. Pivot as a verb means “to turn or balance on a central point”.

Not surprisingly, I caught myself using the word ‘pivot’ very often during our indoor Netball drills, when the club closed last March during the lockdown. I got fascinated by the amount of pressure my daughter mounted on her legs, how they wiggled and how she sometimes fell off during the drills. It appears the new normal has triggered a cognitively-situated ‘pivoting movement’ where the world presents an invitation to whoever embraces it. This movement is characterised by moments whereby constraints and frustrations place a demand on tough-minded lifelong learners to reach for their potential. People with a high level of learning agility are positioned in a mental state which evokes the capacity to intermittently pivot away from old thinking (in a similar way the coach orders the girls at Netball drills), which hampers the transcendence into new unimaginable possibilities and eudaimonic well-being.

Generation Alpha cohort (persons born in the early 2010s) is particularly on my mind. They live in an interestingly challenging world than their preceding cohort, Generation Z. It isn’t rocket science to identify leadership tendencies in children these days. We live in a world where children as young as those in the foundation phase are expected to navigate electronic devices and Apps to facilitate their own learning. Sadly, some of these children have been exposed to age-inappropriate content as a result of premature exposure to the internet of things, going by the new problems schools are facing with enforcing discipline and a good code of conduct in online learning spaces. Nevertheless, such exposure is rather a paradox. It has unleashed innate leadership capabilities in Gen Alpha, which presented world-class opportunities for many of these folks to naturally evolve into leaders.

The increase in the uptake of online learning and disruptions in access to education will undoubtedly put entrepreneurship on the map. If a typical tech-savvy pre-schooler can figure out the nitty-gritty of an App faster than their parent or guardian, then vocational start-ups, creative concepts and particularly IT & FinTech will be at the forefront of the future of work. There is however an urgent need to assess vulnerability at school and/or community levels, which would serve as an impetus to scale up tailor-made educational and social development interventions, with implications for inclusivity.

The definition of diligence, excellence and resilience will be conflated. It will be a tough world for the mediocre to live in. The increasing level of pressure would compel the mediocre to tag along, which will separate true leaders from counterfeits. The interplay between these dynamics will inadvertently birth new opportunities and possibilities, popularise scientific research and transformative leadership. Trust in business and organisational relations will never go out of fashion. I foresee the need for professionals to nurture a heightened sense of morality.

Let’s press the time machine and rewind to 2021. The new normal is a testing ground for the future I reflected on above. Increasing individualistic tendencies which resulted from the lockdown, and exacerbated by physical/social distancing and online shopping will disrupt purchasing behaviour, psycho-social dynamics and mental health in the future. I hope you reckon that there is no better time to rise to the occasion of making the world a better place, one step at a time. Drawing from the Netball scenario, falling off after ‘pivoting’ does not necessarily imply a lack of skills, it doesn’t rule out the possibility of being good at Netball either. Falling is a sign that you are making an effort. People who stay still don’t fall. You have all it takes, make it happen. Keep calm and pivot into the future of tomorrow.