IN ACADEMIA, YOU NEED A ‘BROBELLA’

IN ACADEMIA, YOU NEED A ‘BROBELLA’ 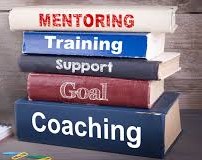 I garnered the courage to drive slowly through the neighbourhood but made sure I didn’t miss signals which might suggest a potential attack. One thing stood out as I drove through the community, there were many groups of people scattered around the neighbourhood and community convenience stores, holding different shapes and sizes of rods and metals. Some used their cars to block streets off.  The entrance to convenience stores, which had been closed for four days, was also blocked with stacks of shopping trolleys, watched by civilians turned into members of the military force. These newly constituted vigilante groups had volunteered to watch over the community and stores, in anticipation of potential attacks and looting.

The feelings evoked by the state of the community, including the shock of seeing a flamed-grilled chicken restaurant selling its uncooked chicken, sent me cold shivers. My community suddenly felt like an entirely new one. My reflection upon getting home, especially the thought of the impromptu vigilante groups, made me remember one of the takeaways I got from the PhD conference I attended in 2014. Being a newbie in academia, many of the terminologies used at the conference were quite strange. Many academics and newly graduated PhD scholars dished out a lot of advice regarding the do’s, don’ts and nuggets of the PhD life, but one piece of advice stood out. It was the advice I got from Talk 3, which was devoted to Knowledge Production.

A vibrant Professor mentioned the following line in her opening statement, “In academia, you need a brobella.” She emphasised the importance of forming alliances and collaborating with other academics in enhancing knowledge production and professional development. While I understood the main point of her talk, I didn’t quite touch base with her advice until recently. Seven years later, I advise that you don’t just need a brobella, you need brobellas. According to the urban dictionary, a brobella is described as a covering or protection from harm or danger. The support provided by a vigilante group is synonymous with what a brobella offers in academia. The research journey can be lonely. Don’t travel the journey alone, join community groups and professional associations, look for mentors, keep learning, get brobellas.